Ashley Bear Kids Club takes place on the 2nd Sunday of the month ! 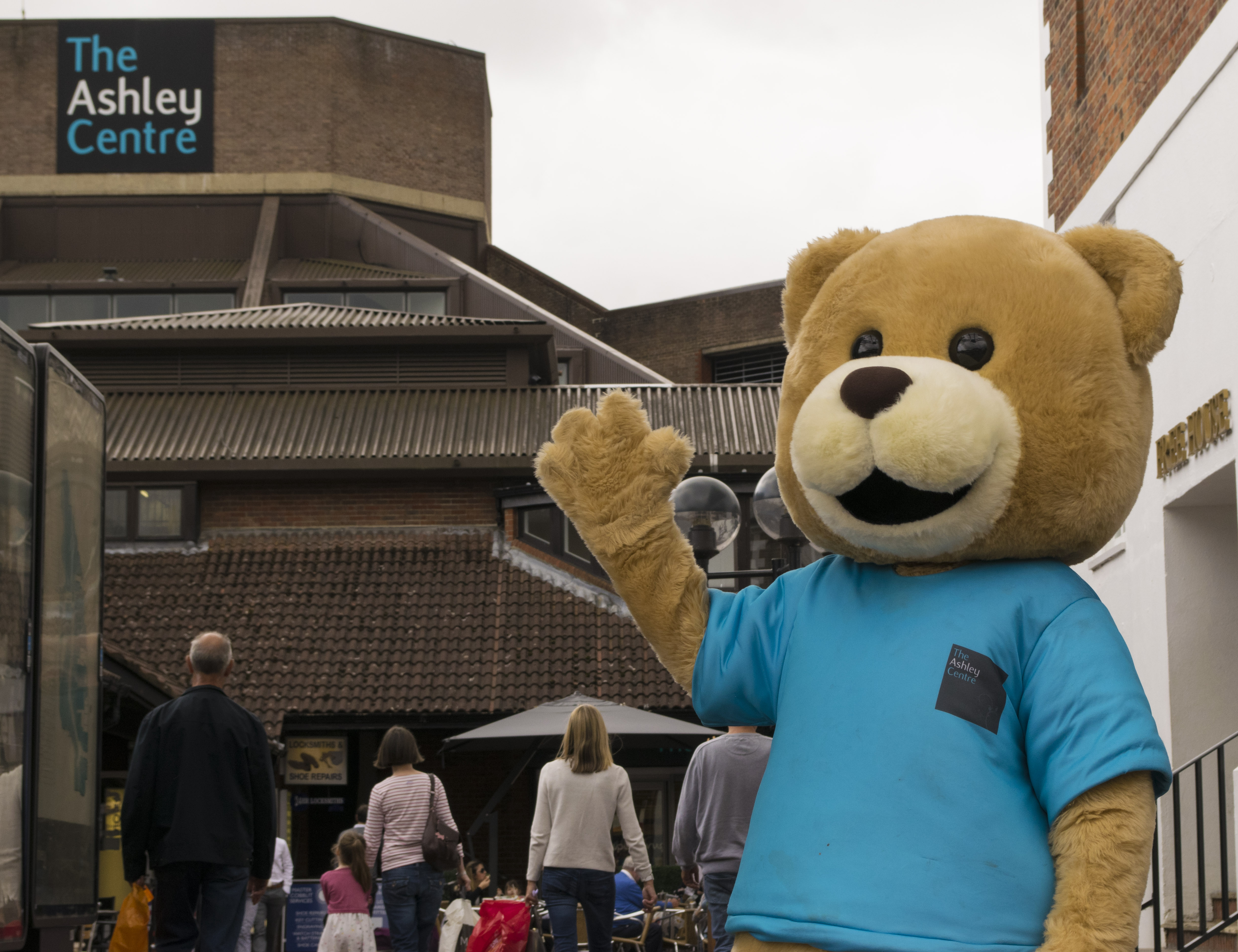 Children are invited to come to this free event in The Ashley Centre on Sunday 13th March from 11.00am until 4.00pm. The Ashley Bear Kids Club is free a monthly Kids Club held every second Sunday from 10.30am until 4.30pm providing activities and workshops for children.  There is no need to book, just turn up and join in!

These are not supervised play schemes and parents/guardians are requested to stay with their children and take part in the fun.

One Great Day at The Ashley Centre

Generous visitors to The Ashley Centre on Sunday 31 October raised over £500 for Great Ormond Street Children’s Hospital by taking part in “One Great Day”. 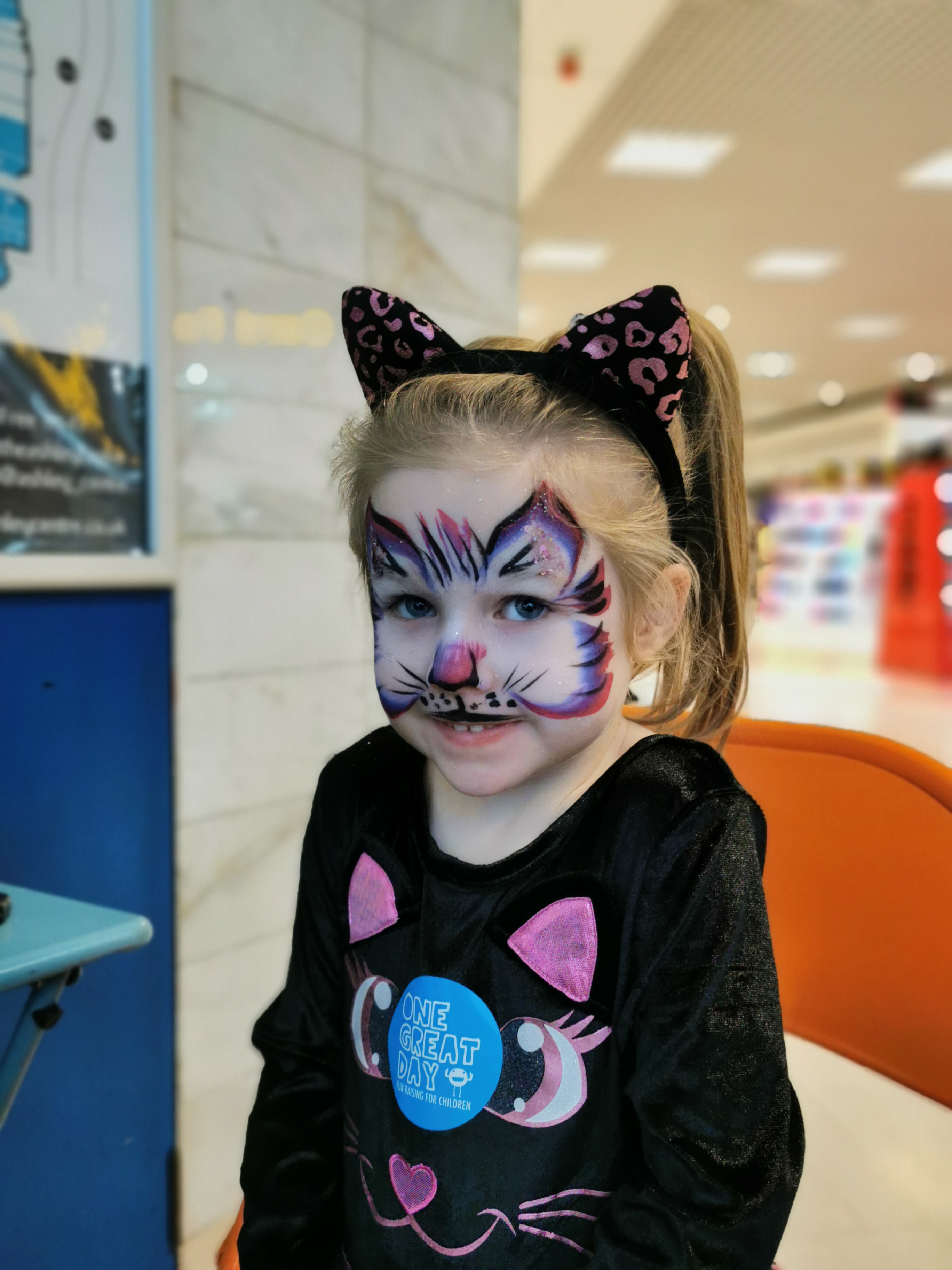 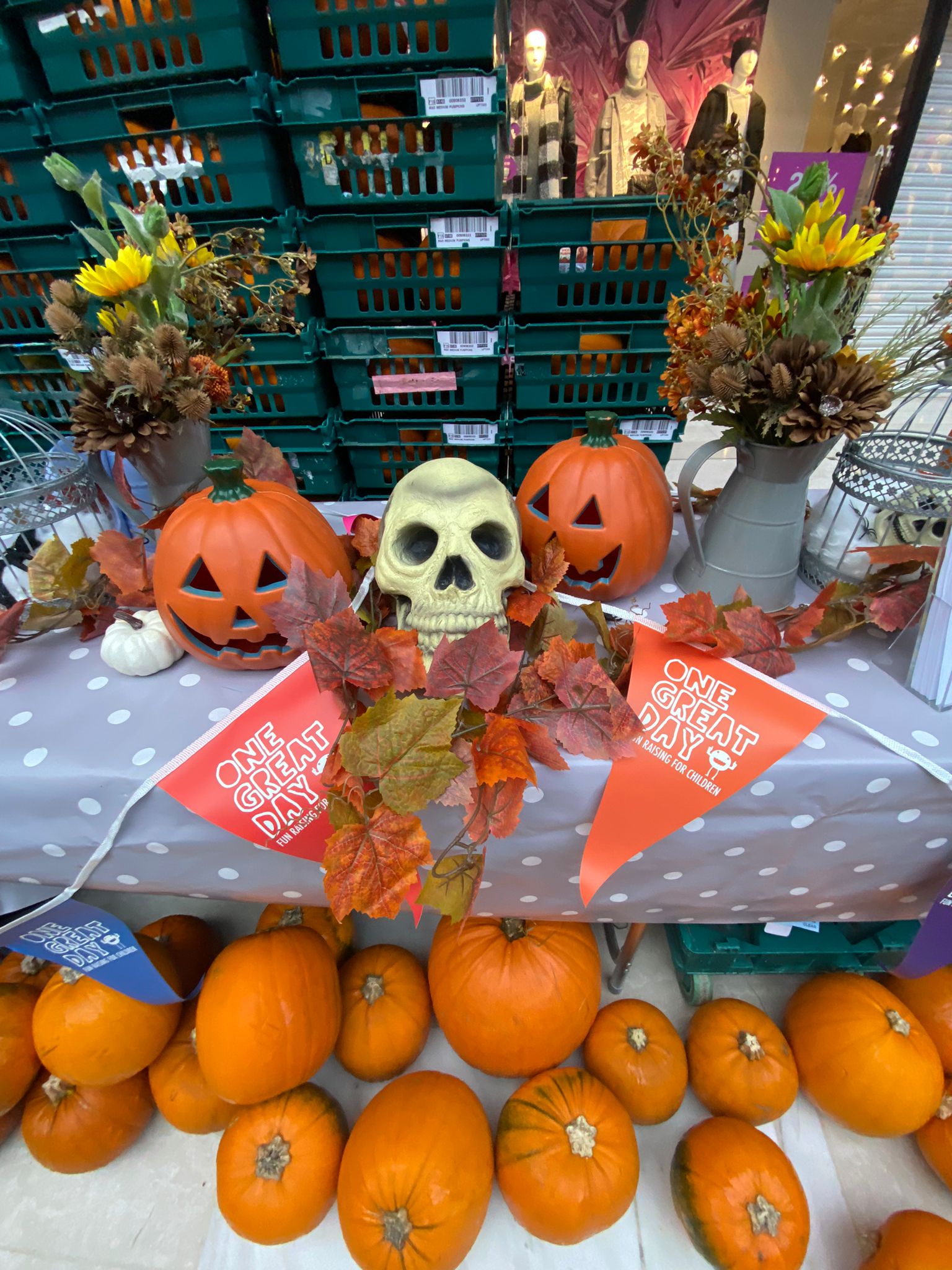 Children came to the centre dressed up in their Halloween outfits and enjoyed carving their own pumpkins, having their faces painted and taking part in an exciting treasure trail round the retailers. The treasure trail winner who was selected at random was Tyler who won a hamper from Hatty’s Sweet Shop. There was no charge to take part in any of the activities but anyone taking part was asked to make a donation to Great Ormond Street Children’s Hospital and contributions totalled an amazing £577.19 for this wonderful charity. 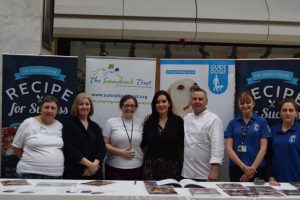 Celebrity Chef Tony Tobin visited The Ashley Centre on Saturday (14 April 2018) to launch the Recipe for Success book jam packed full of local shopper’s favourite recipes and a few of his own!

To the delight of Epsom shoppers Tony demonstrated six of the recipes during the day, met the audience and signed copies of the book. He cooked breakfast bars, Dave's Special Risotto, mixed Asian noodles, soy sauce honey chicken wings, penne pasta with spicy chorizo, tomato and olives and the best chocolate brownie.

He said: "It was such an honour to be preparing and cooking the amazing recipes submitted by the lovely customers of The Ashley Centre and also to be involved in two great charities."

David Beddows, The Ashley Centre Manager said: “We were so pleased with the response to our first recipe book! Many people who had submitted something for inclusion came on Saturday and were delighted to find that theirs had made it into print. The book contains 50 recipes for starters, main courses, puddings, snacks and drinks. The Ashley Centre’s Recipe for Success book costs £10 with £3 going to the charities and on Saturday alone we sold 51 copies and donated the total amount from the sales to our two chosen charities who received £255 each.”

The book is now available to buy from Quest in The Ashley Centre for £10 while stocks last. It can also be purchased online at http://www.blurb.co.uk/b/8604253-the-ashley-centre-recipe-for-success for £14.59.

Tony Tobin helped The Ashley Centre staff go through the recipes to choose those that are included in the book. Everyone who had their recipe chosen has been sent a free copy and money from book sales will be donated to The Ashley Centre’s chosen charities which are Epsom Branch of Guide Dogs for the Blind and The Sunnybank Trust who support adults with learning disabilities.

Register for our e-newsletter today

Be in the know!
Register today for our e-newsletter and receive the latest news, offers and competition details from The Ashley Centre.